Looking for a good book? Whether you’re an avid reader who has run out of things to read, or not sure how to dive into reading more, we’ve got you covered! You can always ask us in person if you need help finding your next book, but we have a few options online, too!

These lists link directly into our catalog, so if you see an item you're interested in you can see if it is currently available or place a hold on it.

Below we’ve got links to a variety of Award Winners. Many of these awards are from the American Library Association’s Young Adult Library Services Association (YALSA). For those awards and other genres, we love YALSA’s Book Finder Tool.

To find out about specific awards, see below!

The Alex Awards are given to ten books written for adults that have special appeal to young adults, ages 12-18.  The winning titles are selected from the previous year’s publishing. To see books in our catalog that have won the Alex Award, click here! 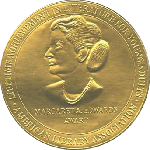 The Margaret A. Edwards Award honors an author, as well as a specific body of their work, for significant and lasting contribution to young adult literature. 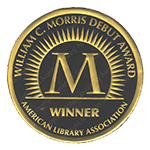 The nutmeg award encourages students to read quality books and choose their favorite from a list of 10 nominated titles. There are four divisions–Elementary (grades 2-3); Intermediate (grades 4-6); Middle School (grades 7-8); and High School (grades 9-12). Find nutmegs in our catalog here. 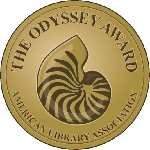 The Odyssey Award is given for the best children’s or young adult audiobook of the year. 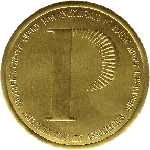 The Michael L. Printz Award honors the best book written for teens, based entirely on its literary merit, each year. 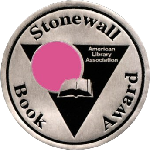 Since 1971, the Stonewall Awards honor books of exceptional merit relating to the LGBTQ+ experience. Each year they select winners for adult fiction and nonfiction and honor books in Children’s and Young Adult Literature.

Fill out this form and we’ll get back to you with custom recommendations! The more information you have about what you’re looking for, or your reading likes and dislikes the better! If you don’t do much reading but would like to start, information about your favorite shows, movies, and video games is also helpful!