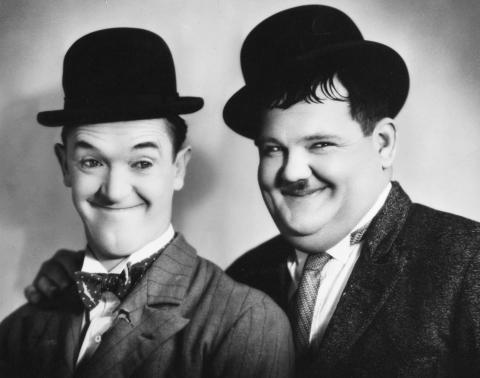 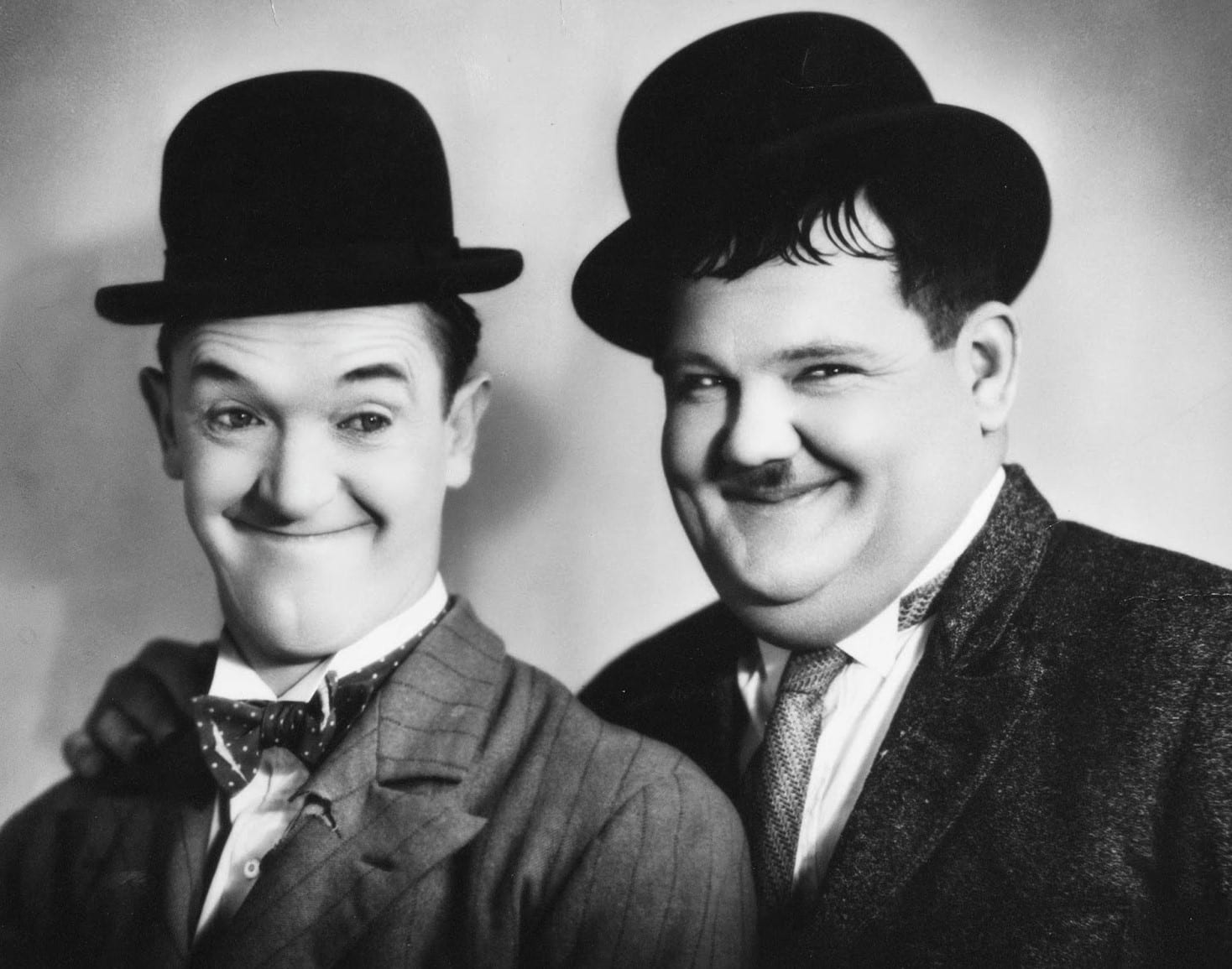 Stanley Laurel and Oliver Norvel Hardy formed one of the greatest comedy partnerships in the history of film.  Spanning the Silent era and Sound movies, Laurel & Hardy influenced actors and comedians of a later generation:  Jackie Gleason, Dick van Dyke, Jerry Lewis, Peter Sellers, Danny Kaye . . . and such practitioners of silent comedy as Red Skelton, Ernie Kovacs and again, Jackie Gleason.  Stan Laurel did much of the screen writing and directing of the partnership, to which Oliver Hardy was in agreement.  But their timing, gestures and comedic deliveries were patented from years in the Silent era.  Yet unlike many performers who could not make the jump from Silent to Sound motion pictures, Laurel & Hardy could.  The two would earn an Oscar for the best short of 1932, "The Music Box," famous for the ponderous piano box being moved up the famous and towering stairway.  In 1960, the duo would be accorded a lifetime achievement Oscar for their body of work.  Even today, the Laurel & Hardy fan club, "Sons of the Desert," is alive and well with 150 chapters in the United States, Europe and Australia.  Emblematic of the generations of fans who love Laurel & Hardy.